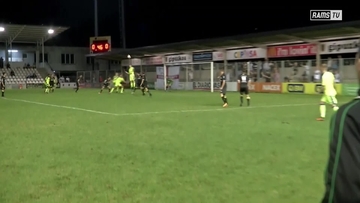 Derby County’s Under-23s Player of the Year for the 2016/17 season, Calum Macdonald’s first-year as a professional could not have gone much better.

A regular standout player, either at left back or centre back, he made 21 appearances in Premier League 2 Division 1 as Darren Wassall’s men avoided relegation.

His form also earned international recognition as he was called up to the Scotland Under-21s squad, whilst he was also named amongst the substitutes for Derby’s senior team in their final home game of the 2016/17 season against Wolves.

That all came within a year after Macdonald earned his first professional contract in May 2016 after helping Derby County’s then Under-21s squad to the Division 2 title.

The full back made his full debut for the squad in February 2016 in a 2-1 win at Wolves and was a near mainstay for the rest of the season as the Rams went on to be promoted.

Macdonald combined that with a number of impressive appearances for the Under-18s squad, the 2015/16 season proved to be hugely successful for the defender.