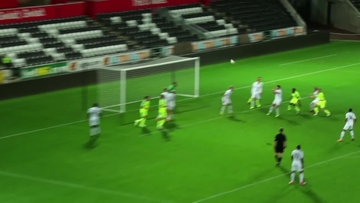 Alongside Matt Yates, Joe Bateman signed his first professional contract in May 2017 and will become a permanent member of Derby County’s Under-23s squad for the 2016/17 season.

After an injury-hit first year of his scholarship, the defender bounced back over the 2015/16 campaign and made a big impact.

Captain of the Under-18s, his form saw him step up regularly to the Under-23s squad over the second half of the season.

He made eight appearances for Darren Wassall’s side as they retained their Premier League 2 Division 1 status and impressed despite the step up in standard.